The other day my 4 year old and I had to decide between two options and got on the subject of flipping coins. I thought it could be a good opportunity to learn about randomness, so we invented the following "game".

The benefit of doing 10 flips and recording them (as opposed to just flipping a coin a bunch of times) is it let us see the breakdown of heads and tails at the end, along with the order, both of which help give a more intuitive feel for randomness.

I thought about leaving it at that, just flipping the coin 10 times and recording the results, but I think writing down everyone's guess before each flip helped Penelope stay engaged. And she definitely was engaged, she remembered everyone's guesses every time and called out who was right and wrong even before the coin stopped spinning.

We've done it just the one time so far, but we'll keep track of the results if we do it again. Enough times and she might have a good grasp of the central limit theorem before she's 5. 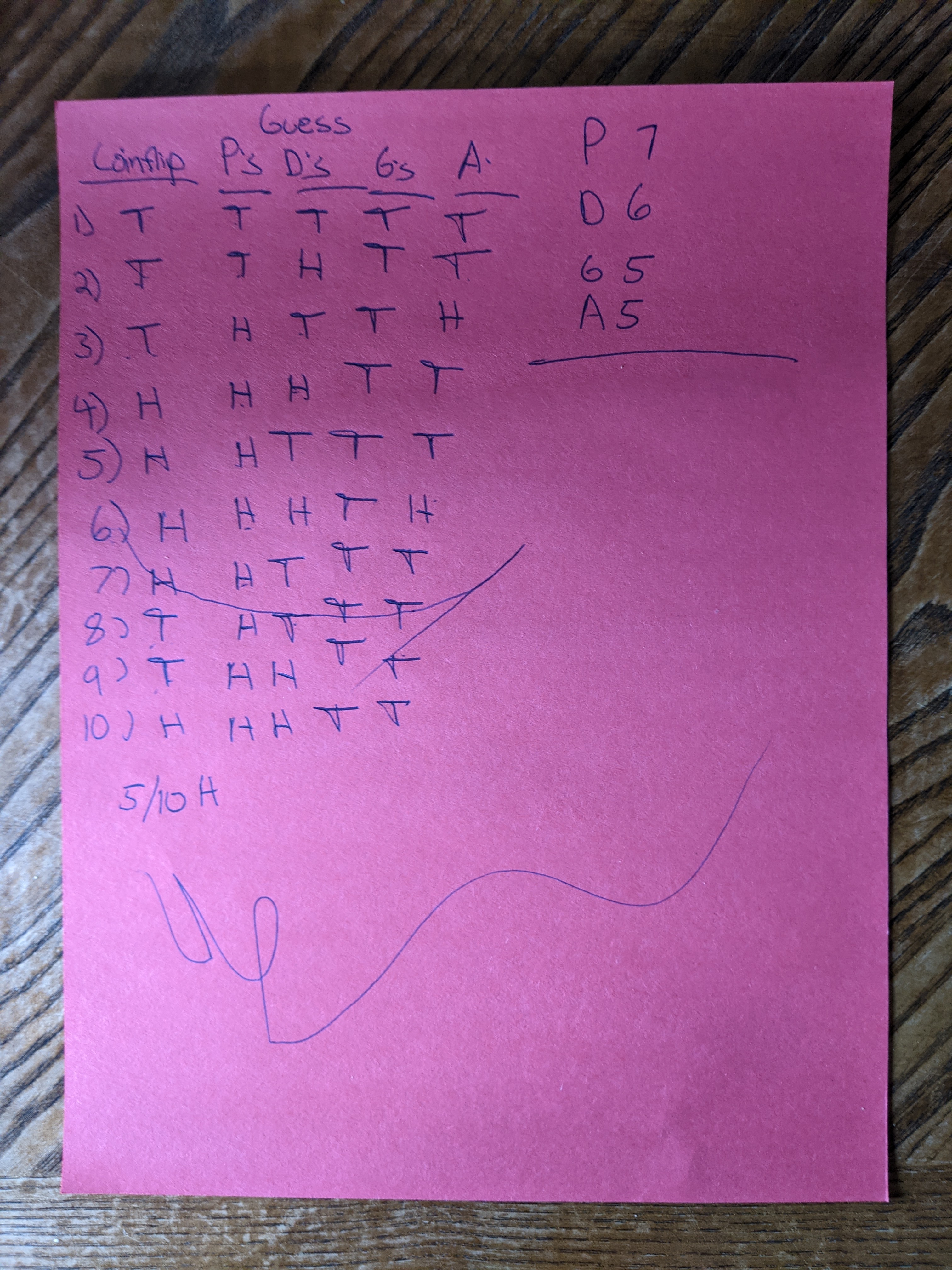 Our results. (P)enelope is my 4 year old, (D)ad is me. (G)randpa and (A)rlo (her two year old brother, who sort of guessed but definitely did not get what was going on and also scribbled on the sheet) also played. Can see Penelope is the best guesser!